Social media is a catalyst: an act of sharing, a network, a mess, can cause division and destruction but equally has the potential to be a platform to share stories of hope and redemption. 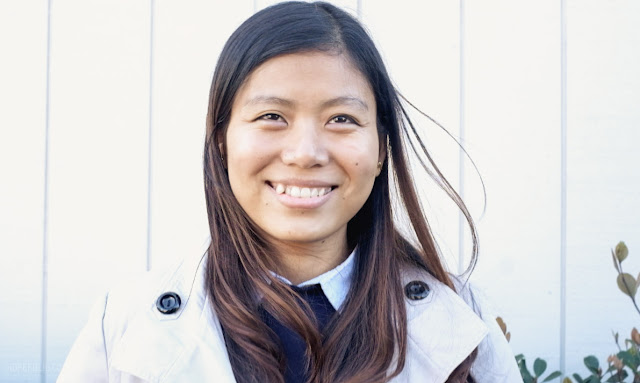 This is Margaret. She came to the US in 2009 as a refugee from Myanmar. She is a part of the Kachin people, a minority group in the north that has experienced civil war and fighting.Thousands of people have been displaced and families separated. Margaret was one of them. The youngest of 8 children she eventually traveled all the way to California as a teenager after missing a few years of school due to her ever changing and traveling life.

It was january of my Sophomore year of highschool and freezing cold. I was put in a dance class instead of P.E. that year and we met in a cold gym. It was a silly class full of girls, gossip and goofing off. This particular morning it was too cold to dance, ice was on the ground and you could see your breath. Margaret came halfway through class that morning and was introduced by the teacher. Hovering under 5 feet tall and unable to speak in full english sentences the teacher sat her next to me. I asked her where she was from, “Burma, or Myanmar” she replied in a soft voice and shy smile. I had never heard of such a place and continued to ask questions any curious 15 year old girl might ask. She was a refugee at my public high school (go falcons!), spoke limited english, lived with relatives in a small apartment and knew no one. We walked to the library together when the bell rang. She gawked at how tall I was and grabbed my arm as we slipped on an icy puddle en route, giggling at the silliness of winter. A friend.

She had to write papers, learn math and make friends in a new language. She would eat alone if not invited and worked hard with humility. She didn’t go to prom or homecoming and opted out of grad night. Our families celebrated her graduation together over dinner after the ceremony. She finished at College Park High School (three years older than most students on stage) and went on to study at community college for four years.

This past fall she began her studies in Biology at UC Irvine and hopes to someday go back to her country and help in the field of medicine. She became a citizen of the United States in November 2015. It had been 8 years since she had seen her parents and was able to return to Myanmar last year for the first time. Her hope is found in Jesus and continues to have courage to face obstacles of all kinds.

I happen to have a camera, blog and ears to help share it. I have been blessed by her friendship and will share a video later this week of her telling of her journey.

We come with different voices, tools, privilege and perspectives. Tell the untold stories, listen to the unheard voices, learn about the unknown, love the unlovable, invite the unwelcome visitors and travelers. Margaret’s story is an exception to most refugees reality. By God’s grace she continues to pursue her dreams and beat the odds.

“I would like to share that God is so amazing, He is never late. Even if you are having a hard time right now and trying to find out what your life purpose might be, [...] and how God is going to use you, God is doing everything good for you.”-Margaret

“I know what I’m doing. I have it all planned out—plans to take care of you, not abandon you, plans to give you the future you hope for.” {Jeremiah 29:11, Margaret’s life verse}

Hope Curran
My name is Hope and my life is messy…. I want to learn the language of light. I want to know the beauty of brokenness and the brokenness of beauty. The DNA of heaven held in my heart, trying to find home here amongst the many. My name is hope and my life is messy. Hope is defined as the feeling of expectation and the dream for something to happen. My name has inspired a life long creative search for joy, beauty, adventure, color, community, and connection. To hope is to not yet have, yet hold close. These are my prayers and promises written in ink, portraits of light. Messy like me, full of mistakes and typos, caught in between heaven and home.